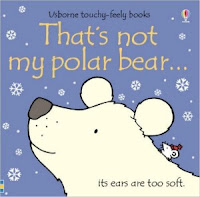 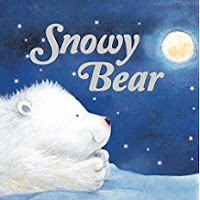 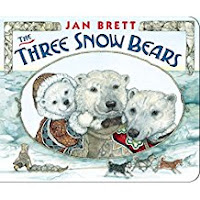 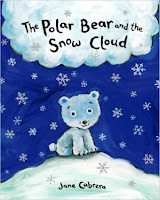 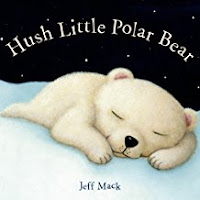 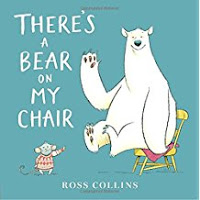 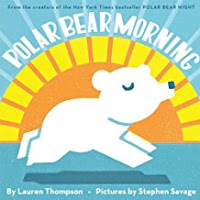 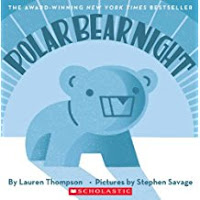 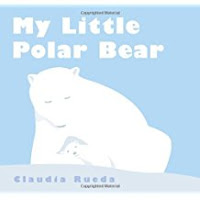 Polar Bear Day celebrates the world's largest carnivore. A polar bear can grow up to nine feet tall(when standing) and 1400 pounds. They are a favorite at zoos around the country. Polar bears live at the North Pole region, and are native to Alaska, Canada, Greenland, Norway, and Russia.
Credit holidayinsights.com
READ: Books 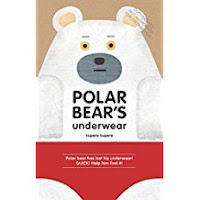 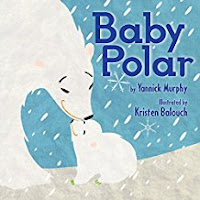 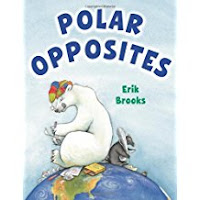 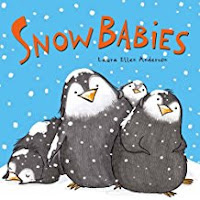 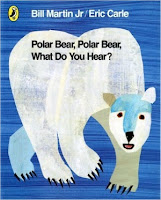 Marco the Polar Bear As white as the snow Sat on the ice, near the cold waters flow Lunch! I need lunch he said I'll make a wish. He stuck in his paw and came up with a fish!
What color was it?

I let the kids come up and pick a fish from a special container and place it on the flannel board. It was great having the participation element to the story!
Credit one little librarian.blogspot

The roley poley polar bears
Like dancing in the snow
And they don't care if they don't have a fiddle or a bow
Each takes his place and curtsies low
And smiles a gentle smile
When polar bears go dancing
They do it with great style
Credit Craftchicmommy.blogspot.com

~ Sing this polar bear song to the tune of "Twinkle, Twinkle, Little Star

Polar Bear Polar Bear What Do You Hear? Retelling Crowns.

Polar Bear Polar Bear What Do you Hear Sequencing slider 3.25 to print from TPT

P is for Polar Bear Magnet or Dot Marker Printable

Posted by storybookstephanie at 10:29 AM